“If you fail to plan, you are planning to fail.” 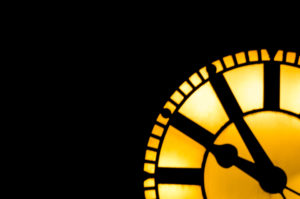 When it comes to writing, many will consider this alleged quote by Benjamin Franklin to mean that they should outline every single scene of their book, write FBI-level character bios, and practically have every part of the book already written in their head before they sit down and actually put it to the page. While this can sound like a daunting task, it misses the point of the quote. It’s not that writers should plan out their books, it’s that they should plan out their time.

Time management is more important than you think.

Back when I was becoming more serious about writing, I had all the time in the world. My job was stable, and I had a good work/life balance that allowed me to come home and do all the writing or editing I would need to complete the projects that I had started. Plus, at the time, I was single and had very few social obligations (as many introverts usually do). Consequently, I was able to write, edit, and publish a book in about nine months. Granted, they weren’t perfect books, but at least I actually had something physical by the end of the day that I could hold and say, “I made this!”

This all changed when I found myself in a relationship which eventually led to my marriage. Suddenly, I had someone else that occupied a lot of my time. Plus, as I began to advance in my career, I would more frequently have evenings that I didn’t want to do anything more than relax on the couch to compensate for the stress I had endured during the day. While my writing speed had increased in this time—I was finishing first drafts in only a few weeks—the time I needed to edit and polish had vanished.

It’s not necessarily that the time itself vanished, but more that the priorities of my life changed so much that I hadn’t accounted for the time to write or edit my writing projects. After things settled down to a steady state, I took a hard look at my schedule and realized that I wasn’t going to get anything done if I didn’t plan for it. I needed to schedule my writing.

Priorities determine the time you spend.

I know that most writers want to love the writing process. They want to be struck by inspiration and merely head over to a comfy chair with a hot cup of tea or coffee and let the muse flow through their fingers into their laptop screens. I believe this is a fantasy. Nothing will ever be written if this is what a writer is waiting for. Instead, I think writers should approach the act of writing as “work.” I know this ties the connotations of drudgery to the creative process, but there’s a reason it needs to be seen as a task to complete and not a chance encounter with the creative gods.

Think of it this way: if you work at a regular 9-to-5 job at a desk in front of a computer, you’re usually required to keep a certain “schedule” in order to complete your assigned tasks. Well, if you want to achieve your self-assigned writing tasks, you need to keep a schedule as well. Now, it doesn’t need to be 40 hours a week of writing. Maybe just an evening once a week (mine is Thursdays). Maybe set your alarm to wake you up and do an hour of writing every day before you would usually get up. The crux of the matter is that you have to decide if writing is important enough to block out the time to do it.

Another way to think of it like a “date night.” Anyone who is married knows that scheduling date nights with your significant other is important in order to escape the stresses of the home life and keep the romance and communication alive in the relationship. While you’ll likely want to coordinate your “writing dates” with your spouse, you also need to hold them at the highest priority. Your marriage will likely suffer if other circumstances (within reason) cancel date nights, just like your writing might suffer if you let anything that comes along interrupt or cancel your “writing dates.” You still might want to be flexible and move your writing dates to a different day in the week if needed, but don’t let too many opportunities overthrow your scheduled writing time. If this isn’t feasible, then perhaps you need to think about consolidating your writing into one big chunk of time.

If you can’t schedule all the time, perhaps schedule in a chunk.

With National Novel Writing Month (NaNoWriMo) just around the corner, it might be a chance to get all your writing done at once. Since NaNoWriMo is the concrete goal of writing 50,000 words of the first draft of a novel by the concrete deadline of the end of November, there’s an impetus for writers everywhere to forego some of the regular activities in their lives and commit their evenings and weekends to writing. I generally set aside the time after dinner and before going to bed during the weekdays in November in order to get my daily words written. Weekends are when I sit down and really get my writing done, often going for stretches of eight hours and putting in upwards of 10,000 words toward the 50,000-word goal in single sittings. My wife knows that this is my time to write, and I will often have an excuse not to attend events that I usually go to on a regular basis (I still go to work, obviously). The key to success is definitely to plan when you’re going to write and to write at that time every day.

In the end, time is a resource for a writer. Those writers who control their time well can find themselves to be incredibly productive. Others who let time control them and fail to plan their writing time will often find themselves with half-finished manuscripts and guilt for never finishing the book that they’ve always wanted to write. Which kind of writer do you want to be? Where can you schedule writing in your hectic life to make sure that you dedicate time to it?