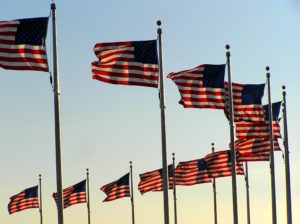 I just turned 35 a few weeks ago. According to the Constitution, since I am a natural-born citizen of the United States, I am now eligible to run for President. With the latest Presidential election upon us, I thought I’d take some time to figure out what I would change if I were running this country. There’s clearly a lot that could use some improvement.

One of the challenges of identifying what’s wrong with any situation is how easy it is to focus only on the symptoms instead of the root cause. One of the most memorable television shows I watched growing up was Connections. This PBS show that aired in the mid-1990s would take random objects/themes and show how they are all interrelated. I loved how these elements of “cause and effect” revealed how interconnected our world is. Nothing is truly isolated.

As a scientist and writer, I can explore hypothetical situations. Granted, many of these scenarios rely on my knowledge and worldview—both of which I do not claim to be perfect. I have biases and lack certain deeper knowledge, just like everyone else. Even so, I can use what I currently know and run a political simulation where the constraints and assumptions of our current world are adjusted to fit what I would consider a better outcome than the current one we have. All I need to see this through is an understanding of root causes and any extrapolated effects from changing them.

Just for giggles, here are a few things I’d change in my pretend political scenario…

What is the truth? Ideally, journalists should aim to uncover the truth of the government and use it to hold our elected officials accountable. The problem here is that the truth is often seen as “boring.” Nobody is going to read the news if it’s just straight facts. To add further complications, it costs money to present the news to the nation. Where does the money come from? Advertisers.

When it comes down to it, the media is a business. How can advertisers get people to watch 24 hours of news? How do they induce people to click on their websites? As we’ve seen, people will tend to consume the content with which they agree. Using biased language and focusing on sensational topics, the media is trying to get as many eyes as possible to view its content so that the advertisers who fund it will keep coming back to pay their bills. Alternatively, if the news is “entertaining,” it will draw viewers. That’s perhaps why the current political climate is the way it is: people want to be entertained by politics.

With the rise of the internet, it is incredibly easy to become a “news outlet.” Unfortunately, these new media sites do not always tell the truth. Gone are the days of the Watergate Scandal where journalists dug into political corruption to expose the truth to the public. Journalistic integrity has vanished because it’s not flashy enough. The problem is that we still need someone holding the whole government accountable.

To remove the bias from the media, we need to remove the money. One way to do this would be for the government to set aside money from its taxpayers for an independent review of the government (think of something akin to the Inspector General in the Department of Defense). This publicly-funded media should be tasked with uncovering any corruption in the government. Additionally, this media source should be checking all politicians against their campaign promises and providing information to the nation’s constituents that should be used to keep politicians honest. Think of it as “Snopes for politics.”

First of all, get rid of Gerrymandering. Period. I’m not sure how to re-do the district lines to remove this bias, but I’d think some grid system would be the most prudent. Second, term limits should be enacted. I don’t understand why people think that having career politicians run the country is helping to represent the people who elected them. If anything, each follow-on Senator or Representative should continue to represent their constituents’ interests, which would look the same as having a 10-term (or more) politician in the seat with the benefit of fresh blood and new ideas every few years.

I am completely in favor of informed voting, which is why I believe mail-in voting (with certified drop-off locations for those who don’t trust the mail). Each registered voter should receive a packet in the mail in early October that lays out all the issues and candidates in clear terms (perhaps even through the publicly-funded media). Colorado already has both of these in place, and I appreciate getting the “blue book” to help me make informed decisions on how I vote as I take a few hours filling out my ballot before dropping it off. In-person voting requires people to bring cheat sheets and/or merely vote down a party line, regardless of what the voter actually wants. Plus, it’s on a Tuesday, when people are usually working. Voting should be as easy as possible to encourage people to take the time to do it properly (obviously, safeguards should be put in place to prevent fraud).

One of the biggest things I would want to see changed in elections is removing personality from the equation. An initial way to do this is to restrict the amount of money spent on advertising. It should be $0. Each candidate should be allowed a simple billboard/newspaper ad that states their name, what position they are running for, and their picture. That’s it. Most people win elections by having the money to spend on extensive campaigns, which basically excludes any candidates who don’t have the money to do so—or are required to get donations to run a campaign, thus tying them to corporate interests. Additionally, I’d love to see no names tied to these elected positions at all. Give us a “blue book” that lays out the platform for all candidates (and I mean all candidates, not just the two main parties). Voters should vote for the platform they want to be enacted, not the personality of the person who will enact it.

I’d be willing to concede some information about the candidate could make its way into the informational booklet to help people make their decisions. Furthermore, these candidates should appear on every single ballot across the country. Sure, these people would need to be vetted before being allowed to run, but can we remove bias from our decisions if we don’t know the gender, age, sexual identity, or race of the candidate running? For example, let’s use a simplified view of some candidates that might look similar to this current election:

With these simple pieces of information, how would you vote? Furthermore, it would be nice if there was a weighted voting system where voters could pick their first, second, and third choices. This is another change I’d definitely want to enact if I was in power.

Three topics that are usually frowned upon in polite company are politics, religion, and money. I’ve already talked about the first one, and I’ll defer the second for another time. Let’s talk about money. The current tax system is broken. Aside from the fact that taxes penalize the poor and incentivize the rich to find as many ways as possible to avoid paying taxes, the fact of the matter is we’re being taxed twice on almost everything. This is because we have to pay income tax and sales tax. Since most of the problems arise in the annual report to the IRS (the income tax side), there are a few ways to fix this.

One of the ways to fix taxes is to get rid of the income tax completely. Sure, there are still issues with relying entirely on sales tax—including a black market of “tax-free” goods—but in an ideal world, luxury items would have more sales tax associated with them. This sliding scale would certainly need refinement so that necessities like utilities, groceries, gasoline, healthcare, and housing (to a point) are taxed minimally (if at all). Simultaneously, private airplanes, enormous mansions, and expensive cars would all bear a greater share of sales tax from those who can afford it. People living simple lives should have no issues with taxes, while those who want to appear wealthy will certainly pay the price to maintain that level of living.

Alternatively, simplify the tax code so that the IRS sends you a postcard each April with the amount of income it thinks you made this year. Kind of like how the census requires its citizens to check to ensure their information is correct, this tax postcard would provide us with the opportunity to confirm what the government already knows about us. Obviously, people will lie on these taxes and require an audit, just like the current system. Additionally, if we remove the incentives and other deductions and merely use an exponential scale to tax those bringing in millions (or billions) of dollars each year, perhaps we can get the national debt to go down. Unfortunately, if you tax the rich too much, they may just up and leave (then where will we get the taxes to pay for all this?). I also assume huge charitable donations would sharply decline in this scenario, and I’m not sure how to fix that. However, why should rich people determine which charities live or die based on their philanthropic donations? Furthermore, I’m not sure the government is the best entity to dole out tax dollars, either—especially from the federal level. If it were up to me, the local communities would receive these taxes while an amount would be sent to the federal government to defend the homeland (of which we don’t really need most of the military, in my honest opinion).

Obviously, I can’t make these changes happen overnight. Heck, even if I was President, there is only so much I could enact (which is why we have the Legislative and Judicial branches as part of the checks and balances system). Furthermore, I’d certainly need to spend more time thinking through these ideas’ consequences before implementing them. No solution fixes everything, so there’s still an amount of give-and-take. Reaching a compromise is ideal, so at least everyone gets some of what they want. I understand that I’m writing from a position of privilege and that my opinion is just that: an opinion. Most of this post is me spitballing solutions for problems that I see, but I certainly have blind spots that vulnerable communities deal with daily. I encourage conversations and know that emotions often play a part in how people view the world. There are plenty of logical fallacies in people’s current thinking (of which I am also guilty). Still, if we can pull back the layers of our society to expose the roots, perhaps we might have a chance of solving the core issue instead of just the symptoms. I encourage you to look beyond what the current reality is: there’s a difference between knowing how things are and how things could potentially be different.

As a writer, maybe someday I’ll write about the fictional United States that implemented my ideas…and reveal how new and un-thought-of problems reared their heads as a result.