Benjamin M. Weilert has been published in many ways. Below is a listing of the numerous places where you can find his writing:
(Alternatively, click here to purchase signed copies).

This is Not a Drill [Amazon] 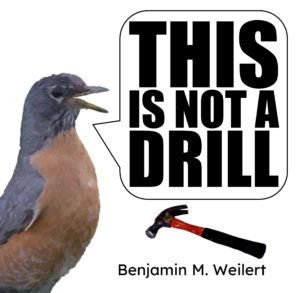 Robbie Robbin’s house blew down in a storm. Help him build a new one with lots of different tools. Only one of them is a drill, though! Great for kids to learn about tools and tool safety, this pseudo-instruction book will allow parents to build a birdhouse with their children. 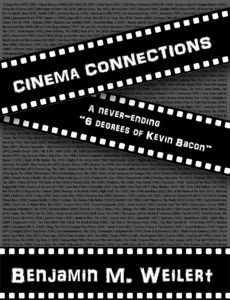 No movie is an island. How often do you open up Netflix and wonder “What do I want to watch?” Have you ever seen a movie that was so great, you want more of it? Well, look no further than this book. Cinema Connections is a guide through at least 400 movies that are connected to each other in some very unique ways. These aren’t the 1001 Movies You Must See Before You Die, but they might just point you in the direction of your next favorite film. 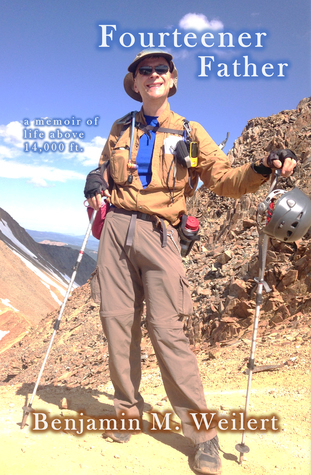 When does a hobby become an obsession? Colorado has 58 mountains that tower above the landscape. 58 mountains that, when combined together, hold a certain amount of prestige amongst the natives. 58 mountains that have summits above 14,000 feet. These mountains are collectively known as the “fourteeners.” As beautiful as Colorado is, its mountains have a certain addicting quality that keeps us coming back for more. This is a story of a father and son who managed to climb them all . . . together. 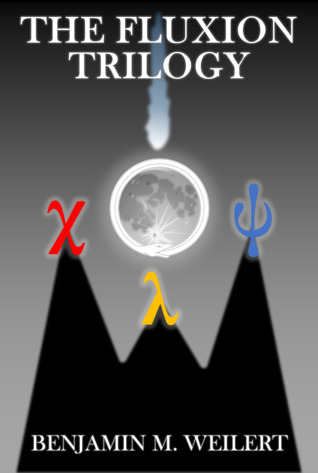 Fluxions are the mysterious powers that can turn an ordinary person into an extraordinary legend. Not only have they been used to try and take over the world, but also to save it. These powers have been lost and found over thousands of years by many different individuals. Individuals like Isaac, who lost his wife to the uncontrollable power of fluxions; Benjamin, who fought against a genocide of his people; and Albert, who felt obliged to eliminate fluxions from the world after introducing them a millennium before. Across space and time, fluxions have been used as weapons, with weapons, and to turn people into weapons. They’ve been used on both sides of justice and continued to oppress humanity until their power source was finally found and understood. The Fluxion Trilogy is a collection of three novels about these mysterious powers and the people who used them and sought to understand them. Included in this omnibus is an Appendix that gives insight into the references made throughout the trilogy. You’ve never seen science quite like this.

*$5 shipping, handling, fees, and taxes added to the cost of a signed copy.
THE FLUXION TRILOGY CONTAINS THE FOLLOWING NOVELS:

The Ascent of the Writer [Amazon] 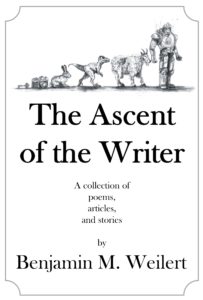 Colorado School of Mines High Grade [Journal of the Arts]

*note: articles with this asterisk are satire.