While December was a good time to look back on all that I accomplished in 2018, now that it’s January, it’s time to look forward to the future. I have a lot of plates spinning right now, and a lot of manuscripts still waiting for me to edit them. Fortunately, I have plenty of projects that are wrapping up in 2019.

2017’s NaNoWriMo novel, Buried Colony (originally titled as Frozen Planet) has gone through three editing passes in 2018 in preparations for one of the most terrifying things I have yet to do with my writing: submitting a manuscript to an agent. That’s right! I’m going to spend 2019 pitching this hard sci-fi story to agents in the hope that I can have it be traditionally published in 2020. Since The Martian has helped make hard sci-fi a more viable genre in recent years, I hope that my exploration of how to potentially send humans outside the solar system is met with at least one agent feeling they could market it to a publishing house. If worse comes to worst and I don’t get any interest, don’t fret! If I don’t garner any interest by the end of the year, I’ll push forward and self-publish this book in 2020 so that all you lovely people will still get a chance to read it.

With the 2nd Editions of The Fluxion Trilogy released in 2017 and Fourteener Father released in 2018, I hope to keep this momentum up by releasing another book in 2019. While The Buried Colony is the closest to being ready for prime time, I’m still not planning to publish it until 2020. How do I fill that gap? Well, started in 2012, my movie blog, Cinema Connections, will be reaching its conclusion by the end of August. Consequently, I will be collecting together the 400 posts of this blog and compiling them into a physical version that you can use to answer the question “what shall we watch tonight?” The point of the book isn’t necessarily to present 1001 movies you must see before you die, but rather to take some of the movies you’re familiar with and give you some different ones to expand your movie-viewing experience. I hope to have this compendium published by the end of September, so make sure to keep an eye out for it when it goes live! 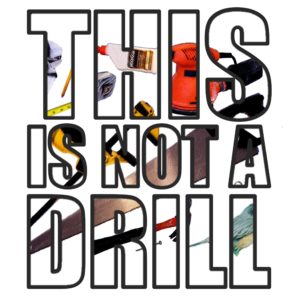 A post from my Facebook page took on a life of its own in the 13+ months since then. There’s not much about this project I can talk about right now since I want to keep it mostly a secret for now. Needless to say, it will probably be another project I’ll be pitching to literary agents, albeit different ones than the ones I’ll be contacting for pitching The Buried Colony. Make sure to like my Facebook page for updates on this “secret project.”

National Novel Writing Month for 2019 will see me writing the sequel to 2018’s The Slumberealm Gambit. I’ll be continuing on with the Slumberealm series with book 2: The Dreamer’s Promotion. Of course, I’ll also still be posting regular blog posts here, as well as new Writer Rant episodes over on my YouTube channel (the first episode of Season 3 should be out by now). Check back in to see what writing advice I’ll have for you in 2019. Hopefully, you’re as excited for this year as I am!