It’s incredible to think that 2018 is almost over. This year, completed quite a few projects and started many more. In case you’ve missed some of these announcements, this post is a handy recap of all the content that I released in 2018. So, without further ado, here’s the . . .

While 2017 saw the re-release of my first three books in the form of the 2nd Editions of The Fluxion Trilogy, this year I released my fourth book, Fourteener Father: a memoir of life above 14,000 ft. Here’s an unboxing video for the paperback and hardcover versions:

This book was a labor of love and the first non-fiction book I’ve written. Over the last 20+ years, my father and I climbed all of Colorado’s 14,000-foot mountains, and I wanted to share that experience and journey with everyone. I released this book on Father’s Day of this year and have been getting pretty good reviews on it on Amazon. It’s available in paperback, hardcover, and Kindle eBook. 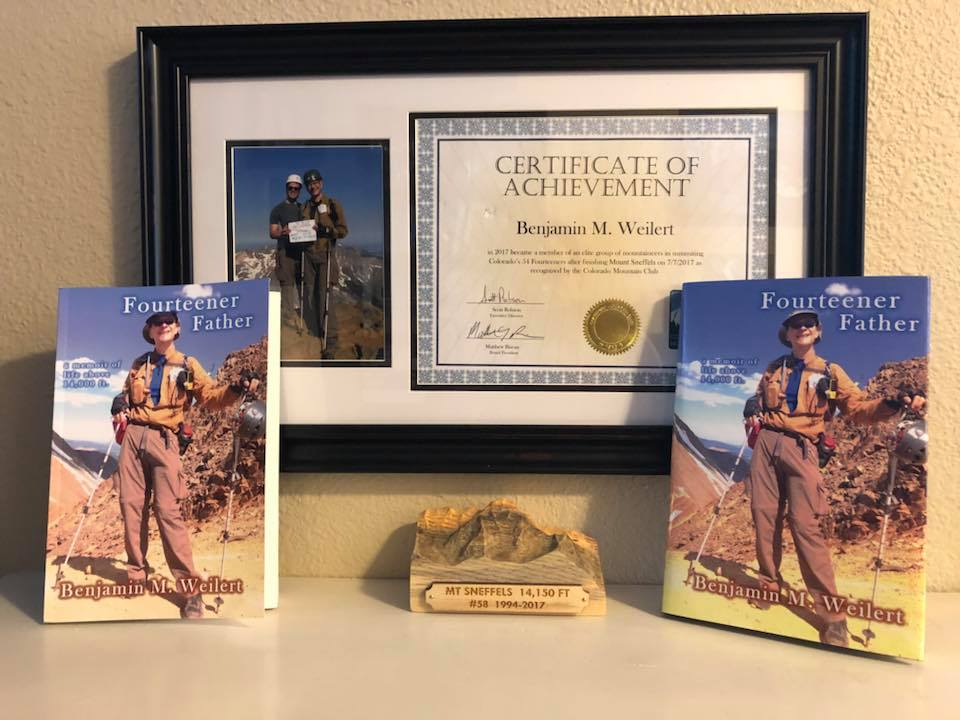 It took a bit of work, but my short story, Soul Photographer, is finally out now that the Midnight Writers‘ anthology Last Shot Fired is published. Released at the end of October, this book brings together 20 different short stories (including Soul Photographer) that ask the question, “What happens when there’s only one shot left?” If you’re interested in reading these stories, they’re available in paperback and Kindle eBook on Amazon.

For this year’s National Novel Writing Month (NaNoWriMo), I started writing a new trilogy via The Slumberealm Gambit. I originally was going to write this about five years ago, but other ideas were stronger at the time. I managed to write the first 50,000 words of this book in 9 days and finished up the entire plot in 10. I’ll likely be publishing this book a few years from now, so make sure to sign up for my newsletter so you’ll know when it comes out.

Season 2 of my vlog had way more episodes than Season 1, with a grand total of 44 episodes. This year, I covered topics as varied as Accountability to Prologues to Breaking the 4th Wall. If you’ve missed any episodes or want to watch the whole season, you can check out the playlist below:

Much like my Writer Rants, I have written a number of blog posts on this website with the intention of helping any authors who might be starting out. Here’s a listing of this year’s topics:

Thanks to everyone who’s enjoyed my content this year. I promise next year will have quite a few interesting things planned, but the blog posts and Writer Rants might be a little more sparse as a result. Come back in January and I’ll explain the details of what’s to come!